Taking a screenshot of photos, chats, or others on Samsung Galaxy S21 is easy. There are several ways on how to do so. Well, not all people think of screenshots when they are buying phones, but the screenshot is useful. If you have a Galaxy S21 Smartphone, the newest flagship line, here are multiple tips to perform screenshots.

The screenshot is the first thing you will take when you want to capture a chat that you want to send to other people in your contact. Even screenshot lets you capture information by saving it on your Samsung Galaxy S21.

Just like using most Android phones, the simplest way to take a screenshot on Samsung Galaxy S21 is by pressing the volume down and the power buttons at the same time. You can find both of the buttons on the right side of your device. 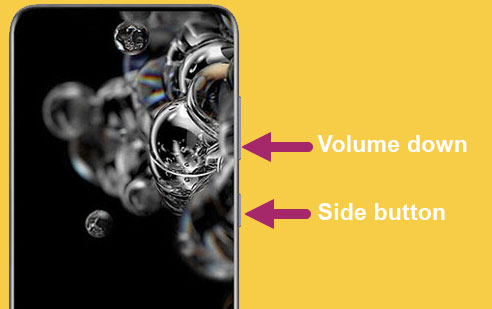 Once you press the buttons, this device will take a screenshot automatically. Even you can notice it because there is a little launcher displays on the screen. The pop-up display gives you the options of what to do with the screenshot. For example, you could view the image by using an app. Other than that, you could crop the screenshot, save it, and share it.

However, you should do it carefully, since holding the two buttons will also display the restart or shut down menu.

Other options to capture a screenshot using your Samsung S21

Just like the Galaxy S20, Galaxy S21 comes with more options to take a screenshot. For example, users can head to Settings and choose “Palm swipe to capture” to activate. To find the toggle, Samsung placed it under “Motions and Gestures”, which means you must go to the “Advanced features” page. This feature lets you take a screenshot by swiping from one side to the other side of the screen; it could be left to right, or vice versa.) by using the side of your hand, not the palm. 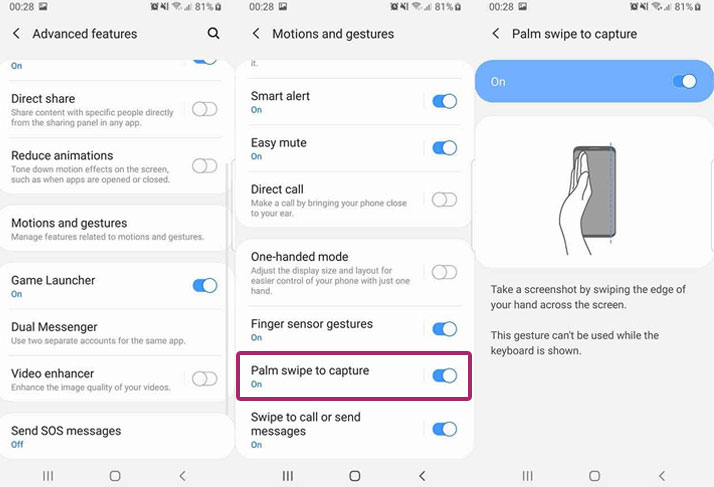 By doing this way, it allows the screenshot longer and keeps pressing the scroll icon until it reaches the bottom. This useful feature helps you screenshot an image, a web page, or any displayed files. Once completed, you could still crop the image if necessary, and then save the screenshot with a hashtag. Eventually, it lets you share with other people.

So, it is very instant to take a screenshot on Samsung Galaxy S21. Once done, the phone will display a menu to let you edit the screenshot, such as Scroll Capture mode, Crop, Tag, and Share. Use the tag feature if you would like to find the screenshot in your gallery. Share feature lets you send the screenshot to people on your contacts.

We use cookies on our website to give you the most relevant experience by remembering your preferences and repeat visits. By clicking “Accept”, you consent to the use of ALL the cookies.
Do not sell my personal information.
Cookie settingsACCEPT
Manage consent

This website uses cookies to improve your experience while you navigate through the website. Out of these, the cookies that are categorized as necessary are stored on your browser as they are essential for the working of basic functionalities of the website. We also use third-party cookies that help us analyze and understand how you use this website. These cookies will be stored in your browser only with your consent. You also have the option to opt-out of these cookies. But opting out of some of these cookies may affect your browsing experience.
Necessary Always Enabled

Any cookies that may not be particularly necessary for the website to function and is used specifically to collect user personal data via analytics, ads, other embedded contents are termed as non-necessary cookies. It is mandatory to procure user consent prior to running these cookies on your website.